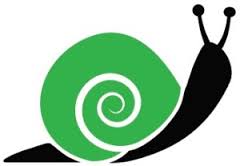 Research & Degrowth is hosting a special workshop during the Degrowth week at the 5th International Degrowth Conference in Budapest on “Degrowth and feminism(s). Conflicts, intersections and convergences between two radical political movements” (http://budapest.degrowth.org).

Description: The feminist movement has drawn criticism of the dominant socio-economic model, in a way that has many aspects in common with the Degrowth movement. In both movements a critique of the centrality of productive performance and attention to the conditions of reproduction and regeneration of the community can be traced. Feminism(s) brings to light hidden dimensions of the economy in a quest similar to calls for rendering visible the environmental limits inherent to any project of unlimited growth. They both develop a critique of the forms of extreme individualism, competition and violence promoted by economic liberalism and an appreciation of the relational and cooperative dimension. In both movements there is an awareness that social change must involve immediate transformation of daily lives and not be postponed to a future revolution. However are there differences, tensions and conflicts –even mistrust- between the two movements? A thorough comparison can perhaps highlight the limits and contradictions of each, as well as the possible contaminations and convergences.

This roundtable aims to explore ways in which an alliance between degrowth and feminism(s) can be fostered, including challenges and strategies. It discusses to what extent can any degrowth proposal be coherent if it is not feminist unto itself; and to what extent should feminism(s) integrate a degrowth critique if it does not want to –unwillingly- play the role of capitalism. It intends to be an open discussion with experiences from different countries and cultures, but also possibly end with concrete proposals of what could be done (e.g. permanent working group, workshops, special issue,…).