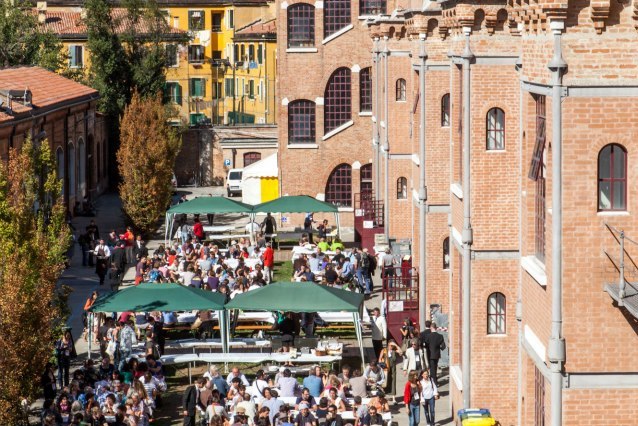 What stays after the 3rd International academic Conferences on Degrowth for Ecological Sustainability and Social Equity in Venice (19-23 of September 2012)?

Of course statistics: 1000 participants, travelling from 40 countries, by train, bike, with donkeys, by food… But also lots of diverse impressions and conclusions, questions, contacts, projects and the confirmation that the concept degrowth gets increasing attention and support.The conference had a diverse set of participants, reaching from those who are active for degrowth since many years in academia, practice and/or activism and those who just discovered the term degrowth and are on their way to get familiar with its ideas, concepts and sources. Or even further, the conference was integrated in the local setting and included public events, addressed to and attended by people who had never heard about degrowth.

The conference’s program included numerous presentations and workshops presenting and discussing basic degrowth ideas, examples from the practice, latest research, political calls and ongoing actions for degrowth. In the workshops and in-between, before and after the full program various degrowth actors exchanged ideas and contacts, working on networking and cooperative research.

The whole Conference was embedded in a local context. Venice, a city without cars but full of motor boats and invaded by cruisers, which gave with their humming the soundtrack to the plenary sessions. The city, located on an island, depended on the mainland and in some parts more like a museum populated and financed by tourists then like a living city and at the same time full of symbols, presenting its rich mercantile history, gave an inspiring setting for the 3rd International academic Conferences on Degrowth.

Soon the Call for the 4th International academic Conferences on Degrowth for Ecological Sustainability and Social Equity will be released!