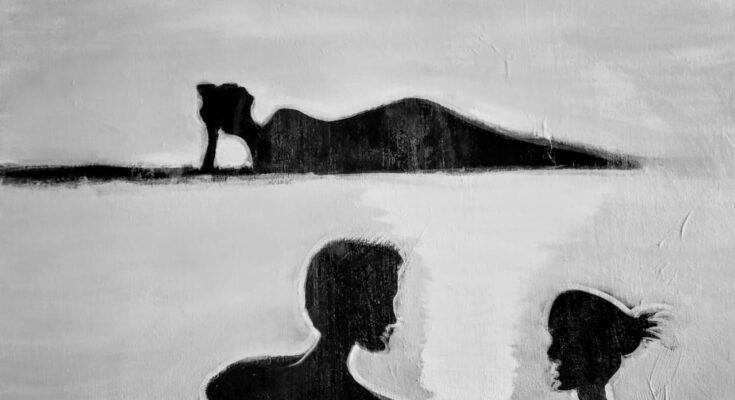 By Vandana Sharma and Gabriela Cabaña

In a recent article for Forbes, Corbin K Barthold makes several allegations against the idea of degrowth without having a clear understanding of the concept. He also includes some quotations – originally reported in a different article (by Aaron Timms) – from a vibrant classroom discussion which took place at the 2019 Degrowth Summer School hosted by the Institute of Environmental Science and Technology at the Autonomous University of Barcelona (ICTA-UAB). Barthold presents the quotes completely out of context in order to support his own argument for growth-led economic thinking. Furthermore, he proves that his understanding of degrowth is not only limited, but deeply flawed, as he labels proponents of degrowth as “reactionaries” and “religious fanatics in a post-religious world”. As students of the Degrowth Summer School, and particularly as people living and studying in the Global South, we feel it is extremely important to clarify this wrongful representation of degrowth and our quotations. We want to correct this dishonest representation of our critical perspectives on degrowth, weaponized to serve the predefined agenda of a pro-growth thinker.

The flaws of the growth-led optimism

Barthold’s article starts by celebrating technology. He explains how innovation has made life better, including making appliances cheaper and accessible to a larger number of people. From increasing cancer survival rates, to innovation through industrial food production to feed the growing global population and prevent famines, Barthold lists various successes of technological development. Just as he proposes that the grave problem of inequality is a matter of perspective, looking at these technological changes in our society as successes is also a matter of perspective. There is enough evidence from the so-called ‘developed’ as well as the ‘developing’ world to flip these success stories into miscreants. While all these technological solutions contributed in some way to improving human lives, they have also given rise to a whole new set of problems which Barthold chooses to ignore. For example, while large scale industrial farming has prevented famines, it has also created the breeding ground for zoonotic viruses such as COVID-19. Similarly, while people with cancer can survive longer now, the disease-free healthy life span has not increased. Furthermore, cancer has been connected with food-related changes brought through the new fast-food consumer culture and rising pollution levels. While he mentions that it is difficult to generate an endless series of technological solutions, perhaps his misplaced optimism results from a lack of understanding of the nature and magnitude of the problems that this progress model has created.

In the Global North, or the ‘developed’ world, the hypothesis of the environmental Kuznets curve has been debunked. This has been widely acknowledged in all academic forums we have taken part in during our academic and activist lives, beyond solely degrowth circles. The decoupling of material impact from economic growth has simply not happened. On the one hand, this is due to shifting polluting activities and resource-intensive industries to poorer countries with fewer regulations that depend on foreign capital for their economic survival. On the other hand, it is because cheaper and more efficient technology only increases consumption, known as the Jevons Paradox. Technological innovation will never be a sufficient solution to decrease the pressure that the economy puts on ecology, unless complemented with social innovation; something that degrowth proposes. In addition, by giving us the “freedom of choice”, neoliberal consumer culture has made us puppets of the corporate advertising machinery. To consider this as true freedom is, again, a matter of perspective. Certainly, this is not the freedom we have in mind.

A degrowth proposal in dialogue with the global majorities

The Global South might be waiting eagerly to live this “freedom”, as implied by our decontextualized quotes from the 2019 Degrowth Summer School. It has, however, also witnessed strong social movements resisting this progress model, which is interchangeably referred to as ‘development’ or ‘modernity’ by its proponents and often ‘neoliberalism’ by its detractors . The global South has long been the home of cultures that celebrate community living and cherish relationships with nature. However, it is not untouched by the grand developmental project operating at the global level. While this has on most occasions led to violent conflicts and the violating of the rights of peasants in villages, it has spurred the replication of unsustainable western ways of living in cities. In India, with respect to technological innovation, modern agricultural techniques in the form of improved seeds and pesticides have destroyed soil quality and caused extreme distress to farmers. Conversion of farms into monocultures has not only destroyed biodiversity but has wiped out variety in food consumption in peasant households, making them susceptible to malnutrition; a problem that India has been confronted with. This developmental model has created conditions of poverty and precarity. In Chile, agribusinesses have destroyed fragile ecosystems with export-led monocultures such as avocados, while salmon farming has killed marine life in the southern channels. Both are presented as successes of growth-oriented policies, even though they have dismantled local economic circuits and impoverished their inhabitants.

Experiences like these from all over the world make a strong case for degrowth proposals. Our own support for degrowth is based on empirical evidence which has brought into question the optimistic hypotheses of growth-led economic thinking and it’s ability to improve the well-being of both people and planet. Degrowth, therefore, cannot be some religious fanaticism as Barthold claims in his article, as it has at its core a spirit of scientific thinking which then enables a vivid discussion of the plural realities of the world. The classroom discussions in the Degrowth Summer School created spaces where multiple opinions about different aspects of degrowth thinking were shared. Our quotes used in this article are from one such instance. In our discussion about communitarian living, the idea of community was extensively discussed. There was a consensus that degrowth must focus more on the value-base of the alternative society that it proposes. This is a value system which prioritises care, emotions, nature, and equality as opposed to a capitalist value system based on greed, which has created deep divisions within our society and plundered the Earth.

Discussing the limitations of these ideas was a crucial part of this exercise, very much in alignment with a process of scientific thinking. We see such spaces of (self-)critique as one of the key elements that make the degrowth movement so rich. The decontextualising of our constructive criticisms of degrowth and their misuse as arguments in support of growth by Barthold is therefore not welcomed. Moreover, Barthold’s co-option of our voices as people from the “developing world” in attempt to grant legitimacy to his perspective as a man from a wealthy country is not acceptable.

Degrowth is a vision of a different economy, society, and culture in response to the ongoing violation of justice and ecological degradation that the world is confronted with. It is a philosophy that requires changing the relationship that we have with society, ecology, and even with our ourselves. Understanding degrowth simply as an absence of growth is futile, dangerous, and philistine.

Vandana is Lecturer at Jindal Global Business School, in Jindal Global University, Sonipat, India. She is in the final stages of her PhD at Indian Institute of Management Calcutta with specialization in Public Policy and Management. As a development professional working with an international NGO prior to her doctoral studies, she has extensive experience in working with government agencies, NGOs and indigenous communities. Her current research works lie in the intersection of multiple fields of study like Political Ecology, Sustainable Development and Ecological Economics with a focus on Food System. Twitter: @Vanni_vandana

Gabriela is an anthropology PhD researcher at the London School of Economics and Political Science. She is now undertaking ethnographic fieldwork on energy transitions in the context of ecological breakdown in the south of Chile. Her research interests are on energy, the state, bureaucracy, economic and social policy, feminist critiques to the economy, degrowth, and Basic Income. She participates in the Basic Income Earth Network (BIEN) and the Chilean Network of Basic Income and is part of the Centre of Socio-Environmental Analysis – CASA. Twitter: @gabi_cabana

3 Comments on “Constructive criticism of degrowth is NOT support for growth: a response to Forbes”