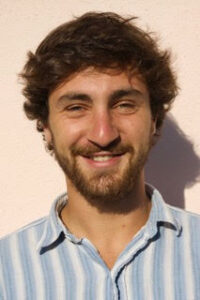 Lorenzo is a PhD candidate at the Faculty of Political and Social Sciences at the Scuola Normale Superiore and a member of the Centre on Social Movement Studies (COSMOS). His current research is on commons’ movements and care, with an ethnographic approach, in Barcelona and Naples.

He holds a Msc with Distinction in Anthropology and Development from the London School of Economics and Political Science and a bachelor’s with honors in Political, Social and International Sciences from the University of Bologna, during which he completed exchange periods in Buenos Aires and San Diego (University of California).

Since his masters’, during which he researched degrowth social currencies in Catalunya, he has seen degrowth as a very powerful tool to envision a way out of present interrelated crises, as well as to connect different struggles for such socioecological transformation. In terms of research, he is particularly interested in degrowth from the point of view of economic anthropology, and he is currently looking at UBI.