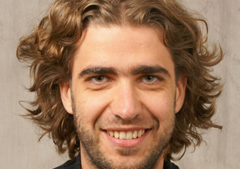 Christian has been an active member of Research & Degrowth since the very early days, was a member of the organising committee of the Degrowth Conference in Barcelona and is a member of the advisory board for the Vienna conference. He holds an undergraduate degree (Magister) in Business and Economics from the University of Vienna and a masters and PhD in Ecological Economics from the Institute for Environmental Sciences and Technology (ICTA) at the Autonomous University of Barcelona (UAB). His studies were accompanied by extended exchange programs and research stays at the University of Reading, Westminster, Leeds (seven-months Marie Curie Fellowship) and Groningen. He started his professional career with two short time project engagements: one at the IRI-THESys of Humboldt University in Berlin and another at the University of Vienna and as a guest lecturer at the Vienna University of Business and Economics (WU). Since 2014 Christian is affiliated to the Department of Environmental Studies of the faculty of social sciences of Masaryk University in the Czech Republic and since 2018 he holds a full-time assistant professorship at MODUL University Vienna.

Already since his undergraduate thesis from 2003 Christian is interested in alternatives to the growth-economy. He firstly analysed the strengths and weaknesses of the concept of the Steady-State Economy (SSE), which he later compared to the Degrowth literature suggesting a complementarity of the approaches (Kerschner 2010). One of his key interests are the biophysical limits to a growing economy, most prominently in the form of resource peaks. In his PhD thesis he therefore offered a general energy-systematic conceptualization of the phenomenon of Peak Oil within its quality and quantity dimensions, followed by an extensive impact and vulnerability analysis using an Input-Output methodology. These efforts culminated in his co-authored article in Global Environmental Change providing a Peak-Oil vulnerability map of the US economy. This work was also the basis for Christian’s inclusion as PI for Masaryk University in the H2020 Project MEDEAS, who’s goal was to develop a tool for modelling the transition towards a zero-carbon European economy. The (energy) systems perspective is another integral part of his thinking, that he will now further explore in his role as PI for MODUL University in the ITN project called i-CONN. It is dedicated to the study of networks and connectivity in complex systems.

Another of his key interests is the role of technology in the sustainability and Degrowth context. With is colleague and friend Melf-Hinrich Ehlers he developed a framework for analysing attitudes towards technology, which they supported and improved with the results of an online survey among sustainability researchers. Most recently he co-edited a special issue on Degrowth & Technology for the Journal of Cleaner Production with 26 contributions for which he co-authored an extensive analytical editorial.

Apart from his academic engagement Christian also tries to integrate Degrowth into his daily life, by supporting initiatives that save resources (free shops, consumer cooperatives, repair shops, etc.) and with his hobbies such as bee-keeping and working in the forest and orchard.