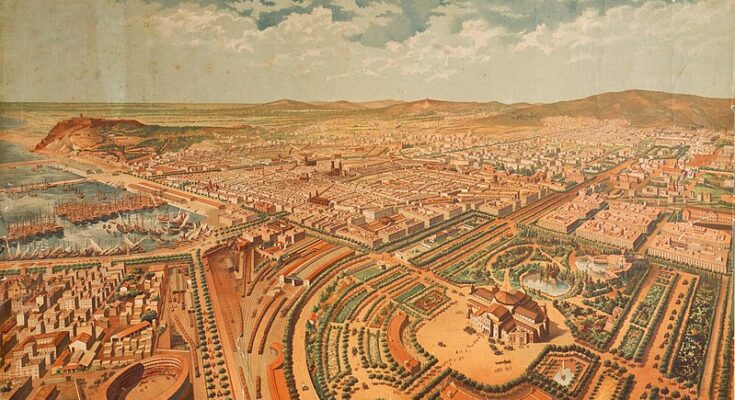 Despite the ambitious societal change that degrowth advocates for, degrowth proposals often bring as examples of “degrowth in practice” urban community–led food initiatives, most of which already exist under various other banners, loosely and variously related to “sustainability”, “healthy life styles” and other rather a–political slogans. Distinctly city–focussed, the most frequent examples brought about by degrowthers are urban gardens, together with community supported agriculture, food cooperatives, food banks, consumer groups and similar initiatives¹ .

Although several of these urban food initiatives are claimed to have positive impact in terms of well–being, community–building and education² , I here argue that their systematic inclusion in degrowth proposals is problematic, for three reasons: 1. they have the potential to exacerbate class inequalities and food access injustices in the city; 2. they have low to no potential to satisfy the concentrated urban food demand and fail to resolve the “metabolic rift”; and finally 3. that they fail to politicize the question of food production, urbanization and city–countryside relationship, leaving root causes – which degrowth is busy with – unaddressed.

The luxury of local organic food

When it comes to food provisioning, cooperatives, consumer purchasing groups, some forms of community supported agriculture are all examples of urban community initiatives, mentioned in degrowth literature, that broadly aim at shortening food supply chains and at connecting urban consumers and farmers. Despite the good intentions which make them degrowth–friendly, these initiatives often reproduce characteristics that pre–select the audience and can foster, rather than reduce, class inequalities.

A major element for exclusion, together with the time investment that might be required in some cases, is the often higher price of organic, locally sourced food, especially when it comes to vegetable bag subscriptions, organic farmers’ markets and the like. The price inaccessibility is an important factor that filters for upper–middle class individuals, in fact exacerbating food injustice in the city, and making local organic food exclusive. Participation in these initiatives can then be seen as an example of the well–off’s attempts at “shopping their way” to an alternative, which in fact replicates (and reinforces, through co–optation) the patterns and modes of consumeristic identity–creation through “sustainable” consumer choices.

Moving on to urban food production, urban community gardens are a particularly popular mention in degrowth examples, praised for multiple environmental and societal benefits² and as a form of resistance to urban injustice. While this might be true, we shall also keep in mind that urban gardens have been identified as neoliberal artefacts that can wind up becoming forces of eco–gentrification in neighbourhoods. What’s more, community gardens risk becoming exclusionary spaces when they do not offer everyone in a neighbourhood the same benefits³ , as some studies have shown.

The myth of urban food production

Leaving aside the claimed and contested social benefits, urban community gardens as sources of food in the city have still a very limited role to play for urban food provisioning and citizens food self–sufficiency. The quantity, scale and crop types of urban gardens cannot possibly satisfy citizens’ nutritional needs (with their space–bound focus on vegetables and at times fruit trees) and are far from addressing the city’s dependence on the hinterland and on open–field food production.

Despite attempts at theorizing urban agriculture as a solution to the Marxian metabolic rift, in practice, food coming from urban gardens, and urban agriculture more broadly, is very minor, if not irrelevant, in terms of both urban food self–sufficiency and of closing globally–disrupted nutrient cycles that metabolic rift is about. What’s more, the hype for urban gardens (as well as vertical farms or roof–top gardens, for that matter) reveals at times a treatment of nature, especially by institutions, as an artefact that “could be injected into cities” – in the form of a park, a green roof, a vertical “forest”, a urban garden – that then can “increase sustainability” according to quantitative indicators, to dress up the city as “green”.

What I call for is a problematization of the urban as the scope and boundary of degrowth transformations. If it’s true that for the first time in history more than half of the world lives in cities, and urban population is projected to grow relentlessly, it is also true that 1. this is a problem, 2. an overwhelming quantity of people continues to not live in cities and 3. we should be busy reverting this trend, rather than uncritically adapting to it.

Urban gardens are a great thing, but they evidently cannot solve the systemic environmental and social issues of extreme and ever increasing urbanization, a process that is key to sustain economic growth and that hasn’t been sufficiently questioned in degrowth circles. Even worse, they can contribute to frame big, ever sprawling cities as something that can become “sustainable” through feel–good eco–social fixes.

It’s sometimes good to remember that this endless urban growth is ultimately based on coercive capitalistic wage labour relationships that have historically corroded and keep on corroding subsistence production (what some called the true enemy of capitalist/industrial modernity), through (direct and indirect) dispossession and proletarianization in what became the peripheries of the world. Especially when it comes to food production and sovereignty, degrowth should go a step further and bring the rural back into the centre of the debates. It might be true that there is “nothing unnatural about New York City” (as David Harvey once put it), but deconstructing cities’ socio–natures does not change anything about them being a drain of resources, an incredible source of pollution and a general environmental disaster to be urgently addressed as problematic in its essence.

I argue that degrowth proposals should not (only, or mainly) be busy with nudging and fostering co–optable niches within the status quo – even with the pretext that they are prefigurations or nowtopias showing possible alternatives.

A truly transformative approach to food systems – and to “the economy” at large – might require what some ecofeminist scholars have called a subsistence perspective, in which the creation and the maintenance of life are put at the center, and thus so is the land – neither high–tech aquaculture, vertical farming, and led farming in old subway tunnels, nor roof–top farming in raised beds and small allotments on squatted construction sites: but the soil.

Such utopian ideas entail going beyond the urbanocentrism of “planetary urbanization” and critically problematizing the accepted and taken–for–granted ever growing urban concentration.
We need to break free from the totalizing metropolis perspective and crucially bring the rural back into our ideas of the future, re–valuing and re–thinking the hinterlands within any degrowth transformation. The countryside, beyond neo–rurals and off–grid communities, is maybe the only place where we can collectively (re)imagine and (re)build new and old ways of inhabiting the earth in a respectful and mutual relationship with non–human nature. If we are to overcome capitalist industrial modernity through degrowth, I argue for a degrowth that radicalises what “degrowth in practice” means; a degrowth that transcends the urban borders and looks for radical ideas out into the open fields.

Donatella Gasparro is an incoming PhD student in Economic Geography at the Institute for Geography of the University of Münster, Germany. With a background in agroecology, she’s now finishing the master’s in Political Ecology, Degrowth & Environmental Justice at the Autonomous University of Barcelona. Her research focuses on radically re-imagining the economy in rural hinterlands, with a focus on the South of Italy.