Most research efforts connected to the COVID-19 outbreak are dominated by the field of natural science, mainly employing medical and epidemiological perspectives and explanations. Hence, in the common perception, the ongoing pandemic is rendered a “natural” disaster or phenomenon, thus a process “coming from nature”,  yet principally external to human activity. However, by using theories from political ecology, I will deconstruct this explanation and showcase how through this process alternative explanations emerge.

First, I will identify what Robbins (2012) calls an “apolitical ecology” (p. 14) perspective in the prevalent COVID-19 outbreak narrative. In sum, by “apolitical”, Robbins hints at the absence of a broader contextual approach that embeds issues and conflicts in questions of power and political dynamics. Most commonly, this happens when conflicts, crises, or processes are claimed to be “natural”, hence a static and a priori given, situated outside of human influence and rendered politically objective and inert.

This is reproduced in the common explanation of the virus’ origin. There is accumulating evidence suggesting that the COVID-19 virus is zoonotic and stems from a wild animal — most likely horseshoe bats — and has been passed through an intermediate animal to humans (Cyranoski, 2020). A few months after the outbreak, the World Health Organisation (WHO) deployed a team of scientist to Wuhan, China — the first identified infection cluster — to investigate the provenance of the virus while stipulating the hypothesis that Chinese wildlife trade might be the culprit that transferred it to humans in the first place (Mallapaty, 2020). This widely spread perception as well as the common tendency to look for a quick and simple explanation for multilayered and complex issues led to a racist way of scapegoating Chinese people and their cultural practices being responsible for the global spread of the virus. In the first weeks of the virus proliferation, people in countries outside China started avoiding “Chinese-looking” people, as well as Chinese restaurants and imported products (Cho, 2020). Quickly after the first evidence was gathered, politicians and commentators from Western countries blamed China’s “inhumane” (Froehlich, 2020, §1) wildlife trading and pushed for a prohibition of such activities (Cho, 2020).

Let us analyse this by deconstructing this stipulation by employing a “discursive perspective” (Escobar, 1998, p. 55) of “soft constructivism” (Robbins, 2012, p. 128). This allows us to on the one hand look into the biases and taken-for-granted assumptions of particular perspectives on reality and on the other situate those in relations of power. First of all, the presented case highlights how international and influential institutions work on a perception of the virus having a “natural origin”, meaning stemming from a place external to humans (wild animals), and in a subsequent but separate process spreading through human activity (Chinese wildlife trading). It is this dualistic divide between the natural/animal and the cultural/human realm, a perspective deeply nested and reproduced by the scientific method, that produces the above-mentioned logic of trying to explain the virus’ provenance. Thus, this dualism is what Robbins (2012) calls a “social object” (p. 128), a particular socially and historically produced perspective that makes us separate two imagined constructions of “nature” and “culture” and view them as independent from each other. This, in turn, allows to criticise only the cultural side of things since “nature” is thought of as an unchangeable given condition.

However, in spite of rendering the virus of natural origin and merely making Chinese people and their cultural activity responsible for its entry into the human realm, the issue might not be that particular to Chinese customs. Other hypotheses, those that instead of strictly dividing the natural from the cultural realm are based on a discourse that looks into the convergences and interactions between the (former) binary, allow themselves to present the issue to be connected to a global phenomenon that actually originates in the Western hemisphere: capitalism’s perpetual encroachment on the environment, most significantly the expansion of industrial (livestock) agriculture, a process which has changed the environment at a rapid and significant rate (Jones et al., 2013; Roe et al., 2020). From a soft constructivist perspective, it is argued that because of such processes, the social object of “nature” (as in a separate “not-human”) is an inaccurate depiction of reality and needs to be abandoned or fundamentally reformulated (Escobar, 1998; Debaise, 2017; McKibben, 2006; Moore, 2017).

This is an important foundation for an alternative explanation of the zoonotic origin of COVID-19. Understanding the relationship between nature and humans as “naturecultures” (Haraway, 2003, p. 1) or “socionatural relations” (Swyngedouw, 1999, p. 443; de la Cadena, 2010), referring to the inseparability and co-evolutionary character of society-nature relationships, allows to trace the emergence of COVID-19 back to a certain way of how human societies relate to and alter their environment. It is argued that because of the condensation of human-animal relations, say the growing proximity of human settlements to (former) wildlife reserves (including their destruction) as well as the cramming domestication and production of animals in factory farms, the risk of zoonosis has increased drastically (Jones et al., 2013). In fact, it can be argued that is the production of such particular “naturecultures” that led to the emergence of COVID-19 in the first place, instead of zoonosis taking place in “nature”, independent of human activity.

In sum, I identified the “apolitical ecology” approach of the dominant medico-scientific explanation of COVID-19’s genesis. Positioning the origin of the virus in politically inert “nature” only allows for criticism of “cultural activity” related to spreading the virus. In contrast, a “discursive perspective” elicited this explanation as being rooted in a dualistic perspective on human/nature relationships. I have shown that this divide leads to the exclusion of a different interpretation which seeks to look into the production of particular “naturecultures” that allowed for the genesis of the virus in the first place. By employing a hybrid perspective that scrutinises ways of how human activity (including political and economic decisions) and the environment interact and evolve co-dependently, the issue can be traced back to environmental pressures generated by certain “socionatural relations” of further destroying wildlife reserves and industrial livestock farming.

Froelich, P. (2020). Inside the horrific, inhumane animal markets behind pandemics like coronavirus. Retrieved 17 November 2020, from https://www.marketwatch.com/story/inside-the-horrific-inhumane-animal-markets-behind-pandemics-like-coronavirus-2020-01-25 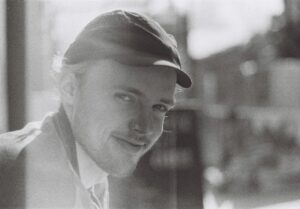 Viktor Humpert is a master student and researcher at ICTA-UAB. With a background in Anthropology and Political Theory he dedicated himself to the study of issues of Political Ecology in the Degrowth context.