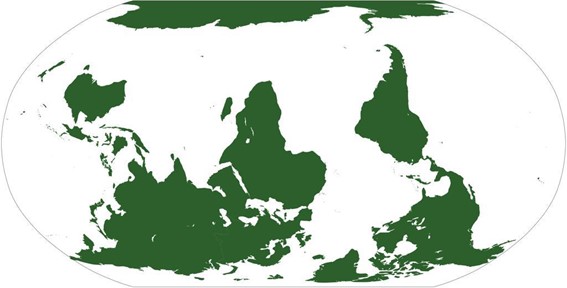 As a child, my grade school classmates and I walked west through a predominantly black neighborhood in Philadelphia. Martin Luther King had been assassinated just seven years earlier. As we walked, our little white bodies drew attention. We absorbed sideways glances, leers, verbal, very occasionally, physical abuse from those who suffered most under the white man’s colonial, hierarchical structure. Somehow—I thank my parents and my education—my seven-year-old self knew why we were being targeted and never pushed back against it. We hadn’t made this world, but this was our cross to bear. If only as a token gesture, I knew to absorb the anger, for I knew its origins.

Years went by and I entered that time when you put everything into question. Standing in front of the high school in Madrid, I exchanged with my friends the last songs we had loaded into our colorful iPods. A rapper from Puerto Rico gave us explosive messages about the history of Latin America while the combination of two rappers from Chile and Palestine made us sing “Somos Sur” at the top of our lungs. But where could we place ourselves within those lyrics? As much as we embraced the aesthetics and ethics of those songs, we knew that that was not our story – or maybe it was too? One day when I got home, I started to scratch the surface of some doubts about my past and the life of my Spanish ancestors. I looked for where my family came from trying to understand who I was. What I found broke me and healed me. Privilege takes different forms; among them, it creates the false idea that you don’t need to have an identity if you belong to “the normal”. Privilege allows you to disconnect your present from your past. Privilege makes you feel no responsibility towards the future.

This also led me to think about my Irish heritage, my parents and grandparents and how they emigrated to the US. Although they were victims of colonization in their home country, they were also directly benefiting from colonization as they enjoyed the benefits of the colonized land that they had arrived in, with many new experiences and opportunities awaiting them, along with the benefit of speaking the language of the colonizers.

After having reconnected to my ancestry, I felt the sudden urge to explore further, to experience something new: I booked a flight to Colombia. After slowly but surely starting to pick up Spanish, I realised that people constantly referred to me as the “Gringo”. I was confused, some people said it in a rude way, whereas other people just casually addressed me like “el gringo” in the middle of a friendly conversation. At some point a group of people came up to me, being really excited to see this tall blonde gringo presence walking through their neighbourhood. They started taking photos and soon I figured that they thought I was a celebrity from the U.S. since apparently to them I looked like the embodiment of the white beauty standard that is presented to Colombians on Westernised TV and internet culture. I still have not really managed to figure out the full breadth of what it means to be a Gringo, but it definitely was an eye-opening experience to be somewhat “othered”.

Growing older, I still hadn’t kicked the travelling bug: working in the UK didn’t satisfy me, and by my mid-20s, I wanted to experience life in another country. Once again, my colonial heritage brought me privileges I haven’t earned: why wasn’t I nervous about having to make a living in another country? Because colonialism meant that, no matter where I went, being a native English speaker would provide me with opportunities for employment. The freedom offered by my passport and my language are the fruits of my colonial heritage.

Being born in a land that has been colonized by the British for 200 years, with forefathers who fought the invaders and went to prison – it was easy, probably even legitimate to have a victim’s angst. But then how could I forget the fact that “English”, the very language of the colonizers had opened doors to the world for me, given me an International job, helped me experience 30 different countries, cultures, and provided me enough to come back and comfortably settle in my homeland. Oh Wait! Did I say MY homeland? The land I stand on today once belonged to tribals, colonized by British as their retirement retreat, renamed ironically as “Whitefield”, and then taken over by the Globalized, Urbanized Indian IT industry, the social, political and economic power of which I represent today. Am I not a colonizer as well? My country is free today, but isn’t my mind colonized with borrowed ideas of success, prosperity, development and good life?

I am not one person, but many. My experiences cut across time, continents, and bodies, unified by being subjects of a colonial world. My internal colonialism is manifested in my freedom, my oppression, my opportunities, my doubts, my heritage, and the way I perceive the world. When it comes to coloniality – deep inside, I am both colonized and colonizer – and accepting this paradox is the beginning of my inner decolonization.

Lucía Cano is an activist guided by curiosity and the desire to share. In constant de-learning and learning, she is currently exploring the Degrowth universe as a way to walk a path that is in harmony with her conception of justice.

Aunindo Ghosh is a seeker of truth through the lens of ecology, economics & self. A recovering corporate citizen, his mission is to tell the story of how our current economic system is creating and feeding the ecological collapse, and through that, becoming a father who could simply tell his daughter, “I Tried”.

Viktor Humpert is an environmental activist researching the diverse practices of collectively creating a just and sustainable today and tomorrow.

Ciara Leonard is currently studying a master in degrowth, environmental justice and political ecology and is originally from Ireland. She has been living in Catalonia since January 2020.

Aeve Ribbons is currently working at the JHU-UPF Public Policy Center, at the Pompeu Fabra University, whilst studying. She is particularly interested in the relationship between class inequality and environmental justice.

Andrew Moore recently relocated to New York after living most of his “adult” life in Costa Rica, where he worked in international maritime shipping. An epiphany sent him down the path to degrowth.