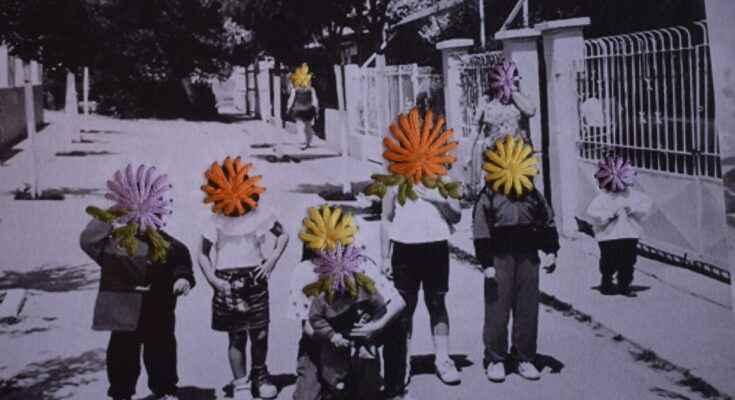 Imagine the world in the 60’s. What you imagine will be completely different depending on your
positioning.
In Mongolia, Juna’s grandparents were on the move, they moved from current Mongolia to inner
Mongolia for work. When it was time, they really missed their hometown but could no longer
return.
In another part of the world, Nicolas’ grandmother was the daughter of a French ambassador,
who travelled widely because of her father’s work. Her movement was barely restricted and she
grew up in many different countries.
Meanwhile, Xenia’s grandparents lived in Curacao, a Caribbean island colonised by the Dutch
Kingdom, and they were descendants of slaves.
In the north of Africa, Laura’s grandad was working in Ceuta, a Spanish city colonised in the
early 15th century, a symbol of the colonisation legacy.
Luke’s grandfather went to work as an engineer in Gabon for a French company, maybe
theoretically following ideas of local development but certainly bringing greater prosperity to
France.

Some of us, like Morena, know little about our grandparents, as their histories have been
intentionally erased to give rise to a new order.
These people never met but their grandchildren did and that’s how their stories crossed paths
and taught us about power and diversity. Their struggles, emotions, and perspectives have been
passed to us through stories and memories.
We walked different paths that led us to the same destination, this master’s program. And now we
find ourselves talking over a video call about our roots. We share a common language, English.
The language of the colonisers, but our grandparents did not. Juna’s grandparents were not
allowed to speak their own language, Mongolian, instead they spoke Japanese. Xenia would
struggle to communicate with her grandparents because they spoke Papiaments and she spoke
Dutch. Morena unconsciously decided to first learn English and German because in that
moment she deemed Spanish a less important language.
We share the common history of colonisation but from very different positions of power. What
would have happened if our grandparents met? What would they have talked about? Or would
they have talked at all?