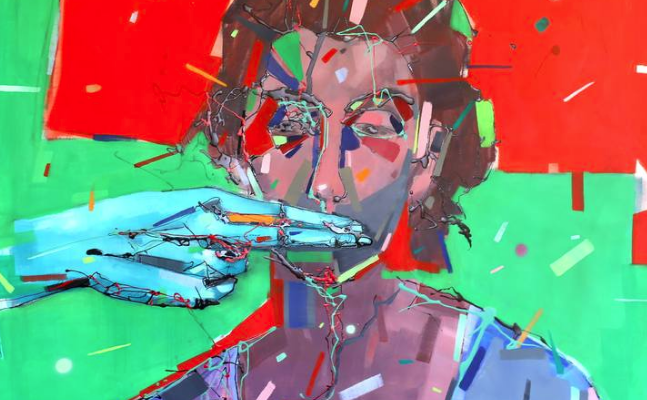 As a child, my family and I lived In a beautiful country, in nature, and we lived off the land. I was six years old and because I had to help my family on the farm, I did not go to school. I woke up early, ate my piece of bread with a cup of tea, and then we spent hours working on our farm-pruning, planting, and gathering what was ripe. We finished our work and we walked back home, where we ate what we had
grown.

Year after year my family experienced poor harvests. We had been in a drought for a long time and the land was not fit for the lightning storm that would turn everything we had to smoke and ashes. Having nothing left, my family decided to leave for a better place, somewhere safe, not affected by these disasters, and where we could have a chance at a more stable life.

After many months, with help from family abroad, we finally arrived in the land of prosperity. Tall buildings, organized roads, public transportation, and running water. The sky was the limit. My father said to me “Here you can become whoever you want”. We were thrilled, excited, surprised, anxious, and worried.

Several months later I began my first day of school. I was so excited and decided to wear a traditional dress made by my grandmother. When I walked into my classroom, everyone was staring at me. I introduced myself and many children asked, Why do you dress like that? Why do you talk like that? Why did you move here? Some of them laughed at me, others just stared. “You are strange, you don’t belong here,” said one girl. And just like that, I felt like I did not belong. I missed my village, my friends and my old life.

Many years went by and the memories of that first day faded away. I was told by my teachers to not use my native language because “we only speak English here.” So, I learned English, I made lots of new friends, I dressed like them, I talked like them, and I acted like them. I watched their movies, listened to their music, and ate their food. However, I always felt like something was missing. My native culture was nowhere to be seen, I had lost it as a result of the social pressure to fit in and be accepted in this society.

One day a young man from my hometown came to visit us. Another fire had swept through the village and destroyed his home. He came to the city seeking a new life, just as we had several years earlier. I tried to communicate with him, but it was difficult because I had suppressed my native tongue for so long. He reminded me of my forgotten identity and culture. His clothes, his accent, the language, the smell of the incense he burned every night, and the food. It was like I had been transported back to my village as a young girl on the farm. I began to remember where I came from, and who I truly was, and for the first time in many years, I really felt free.

Now, I am a mother. I teach my child about our culture, the language, the food, the people. I have faced my history and I am proud of where I came from. I was not born into privilege, but I am privileged now-I have an education, wealth, and opportunities. However, I will not use my privilege the way it was used on me. Instead of shaming, I will foster compassion, empathy, and cultural awareness because my experiences have taught me that this is what the world needs.

Amira Hallaby: Born in Sierra Leone and moved to Lebanon at the age of four.

Kentaro Nunokawa: Born in Northern Japan and moved to Tokyo at age fifteen.

3 Comments on “Story of Degrowth and Coloniality: Identity, Belonging and Language”