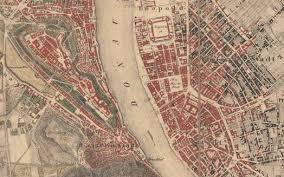 After Paris in 2008, Barcelona in 2010, Venice in 2012 and Leipzig in 2014, the next International Conference on Degrowth for Ecological Sustainability and Social Equity will be held in Budapest 30th August – 3rd Sept 2016.
The upcoming conference will take place in a post-socialist environment. Starting from this complex social, economic and political challenges faced in the region, we expect fruitful, reflective and interesting meetings and discussions in bringing worldwide degrowth experience and perceptions.
The conference will be organised through regional participatory approach, whereby several preparatory meetings will be organised throughout the post-socialist region in order to establish robust dialogues about degrowth in the region. We have already observed the building of this dynamic during the regional meetings in Ljubljana in November 2013, Zagreb in March 2014 Sofia in May 2014, and in Budapest in January 2015.

We would like to build on the great success of the last degrowth conference in Leipzig in September 2014, which welcomed more than 3000 participants from 74 countries. However, this does not mean that the Budapest conference will be as big: we would like to host a convivial conference. A challenge is to orient the conference towards the principle that “small is beautiful”… and meaningful
Lastly, many degrowth thinkers, like Karl Polanyi, Ivan Illich, Nicholas Georgescu-Roegen and André Gorz are from the region. This is why the conference will highlight their work, mainly by returning to the Hungarian author Karl Polanyi and referencing to his work The Great Transformation with opening the question: Can Degrowth draw New paths for a desirable Great Transformation?