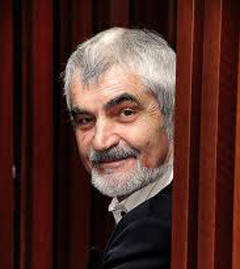 According to Serge Latouche, the French economist, degrowth is happening. But sought for degrowth and undergone degrowth are not the same. The second one (recession) leads to crisis, starvation or wars. The first one, or chosen sobriety, means inventing a new society, which will make the word a happier place to live.

“If the planet burns down one day, the environmentalists will be proved right: but as long as this does not happen, as long as we can keep up the spectacular appearance that the system is working and that the world is still standing, then reason is on the administrators’ side.” Amiech Matthieu and Mattern Julien (1)

« Degrowth is already happening! » Those in favour of degrowth often hear this from their opponents. It is a little hasty. Our growth might be weak but we have not yet gone into negative growth. With a GDP of 1000 billion Euros, 1% of growth is still 10 billion, that is to say 10 % of the growth of a country with a GDP of only 100 billion Euros (order of magnitude of Southern countries), an extra 10 billion in natural resources, waste and pollution samples and another 10 billion in climate imbalance and the extinction of species. This is still too much for the biosphere’s regeneration.

But, more importantly, choosing degrowth is not the same as being subjected to degrowth. A degrowth society project is radically different from negative growth. The first can be compared to an austere therapy that is voluntarily undertaken to improve one’s well-being when we are under the threat of obesity through over-consumption. The second is the forced diet which can lead to death through famine. It has been said time and time again. There is nothing worse than a growth society without growth. We know that if growth merely slows down, our societies are delved into turmoil due to unemployment, the increase in the gap between rich and poor, reduced purchasing power for the poorest people in society and social, health, educational, cultural and environmental programs which ensured a minimum standard of life being abandoned. We can only imagine what a disaster a negative growth rate would be! This social and civilization regression is exactly what we could be facing if we do not change direction.

In a 1974 conference entitled, « Their environmentalism and ours », André Gorz stated: « This drop in growth and production which could have been good in another system (less cars, less noise, more air, shorter work days, etc) will have completely negative effects: production which pollutes will become a luxury product that is unavailable to the masses but still available to those who can afford it; inequalities will grow; the poor will become relatively poorer and the rich will become richer ».

Unfortunately, the ‘end’ of oil does not necessarily mean the end of capitalism, or even of growth societies. A capitalist economy could still function with very few natural resources, climate imbalance, etc. This is what can be taken to be true about of sustainable development and immaterial capitalism supporters. The companies (some at least) can continue to grow and see their turnover and their profits increase whilst famines, pandemics and wars will exterminate nine tenths of humanity. The value of resources that are increasingly rare will increase more than proportionally. Contrary to all expectations, the scarcity of oil will not pose a threat to oil firms. If the same can’t be said for fishing, it is because substitutes for fish exist and their price cannot increase in proportion with its rarity. Consumption will decrease accordingly whilst its value will keep on/ continue increasing. By following the « thermo-industrial » path towards 1850, to use Jacques Grinevald’s expression, the West has been able to fulfill its desire to espouse geometric reason, a dream which has been present since 1750 at least with the birth of capitalism and the political economy. (2) However, it is already around 1950, with the invention of marketing and the subsequent birth of the consumer society that it can free all its creative and destructive potential. As a result, it has built structures for disaster.

Degrowth can only be considered in a “degrowth society”, that is to say as part of a system based on another logic. The alternative is therefore: degrowth or barbarism! All this was perfectly predictable and had been forecast. The Club of Rome’s warnings were often rejected without being read and without really being understood. One can of course be skeptical on all futurology studies, but these have the advantage of being infinitely more serious and solid than the usual predictions on which our governments or international organisations rely. The establishment of a pattern is really based on Jay Forrester’s theory of systems (in this case the world’ model). Two aspects of it make it even more credible: the interdependence of the variables and the feedback loops. (3) All the scenarios, except the one based on a belief that is purely cornucopian and which does not call the fundamentals of the growth society into question, end in collapse. The first scenario estimates this at around 2030 based on the crisis of non-renewable resources, at around 2040 for the second, due to the pollution crisis and at about 2070 for the third due to the food crisis. The other scenarios are variants of these three. Only one is both credible and maintainable, scenario 9, the sobriety scenario that falls in line with the fundamental principles of the path to degrowth.

The society which chooses to live soberly that has been suggested by those who are against growth societies would mean working less to live better, to consume less but better, to produce less waste and to recycle more. In short, to regain a sense of proportion and a sustainable ecological footprint. To seek one’s bliss in social interaction rather than in frenzied accumulation. All this requires a serious decolonisation of our imaginations, but the circumstances can help us to do this. Those addicted to the system will certainly say they will no longer go on holiday to the Seychelles. They will have to come to terms with it. The golden age of consumerism in kilometers is behind us. Just when Richard Branson, the British multimillionaire who owns Virgin wants to put space tourism within everyone’s reach (le Monde, 19th April 2006), the very orthodox Financial Times admitted: “Tourism will increasingly be considered as the environmental public enemy number 1″. (4) The desire to travel and the need for adventure are without a doubt inscribed in man’s very being and are sources of enrichment which should not disappear, but the legitimate curiosity and educational investigation have been turned into an environmentally destructive trade consumption by the tourist industry. The same thing has happened to the culture and the social fabric of “target” countries. “Bougisme”, the French word for the habit of moving ever further, ever faster, ever more often (and always at the lowest price), this very artificial need created by “overmodern” life, exacerbated by the media, solicited by travel agencies and tour operators, has to be revised downwards. Because of the shortage of oil and climate imbalance, the future will be: always closer, less frequently, slower and always for more money. Truth be told, it is only so serious because of the emptiness and the disenchantment which make us live more and more virtually but really travel at the planet’s expense. Unlike 750 Papuan people forced to live the whole human experience in the restricted horizon of their land for thousands of years (something they don’t particularly seem to suffer from), we are incredibly lucky to be able to travel virtually without leaving our homes thanks to the wonders of technology. And then, the true adventurers will still be able to go to the Seychelles on their windsurf boards, if they are still there…

Woody Allen said that we have arrived at a decisive fork in the road. One path leads us to the extinction of our species and the other leads to despair. He adds: « I hope we will be able to make the right choice… ». The first path is the one we have taken. The second is the path of negative growth which generates famine, wars, pandemics and it is probably controlled by an ecofascist or ecototalitarian power whose premises we are already experiencing. Degrowth represents a third path: choosing sobriety. For that, we have to create another way of relating to the world, to nature, to things and to beings that will be able to be universalized on a human scale. Societies that auto-limit their ability to produce are also festive societies.